Born in Pittsburgh on May 13, 1938, the son of Marianna Brown Dietrich and Kenneth P. Dietrich, Bill Dietrich was named after his grandfather.

A lifelong supporter of the Boy Scouts of America, he earned the rank of Eagle Scout in 1955 and would later receive The Distinguished Eagle Scout Award in 1999. Mr. Dietrich graduated from Conneaut Lake High School in 1956 and later earned an A.B. degree from Princeton University in 1960. In 1980 and 1984, respectively, he earned an M.A. and Ph.D. in Political Science from the University of Pittsburgh. 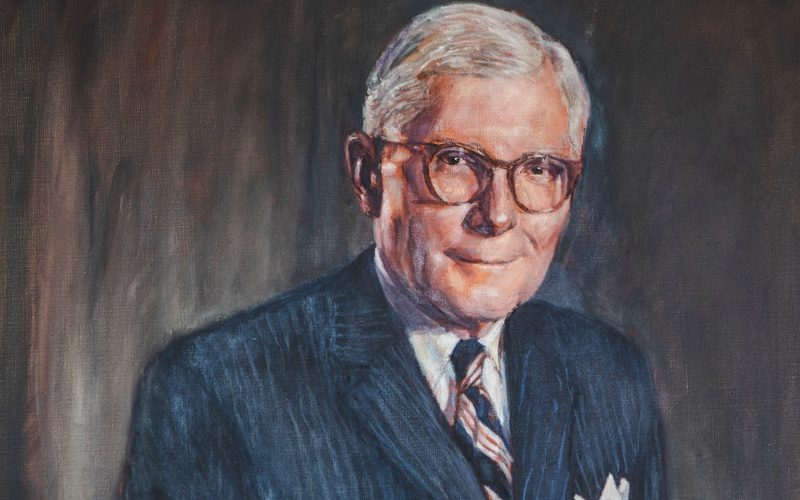 Following active duty in United States Marine Corps Reserve, Mr. Dietrich joined his father at Dietrich Industries, Inc. in 1962, which was at the time a small steel warehouse and distribution business located east of Pittsburgh. With the help of Dick Berdik, his long-time CFO and confidant, Mr. Dietrich transformed and grew the business into the nation’s largest manufacturer of light metal framing for the construction industry, reaching over $400 million of annual revenue. In 1996, Dietrich Industries was sold to Worthington Industries, Inc., where Mr. Dietrich remained a director until 2008.

A Lifelong Passion for Learning

A voracious reader and skilled storyteller, he was long interested in the relationship between political institutions and national competitiveness. Fueled by his high energy and lifelong passion for political science and history, in 1980 and 1984, respectively, Mr. Dietrich earned an M.A. and Ph.D. in Political Science from the University of Pittsburgh — all while running his growing business. In 1991, Penn State University Press published his first book, “In the Shadow of the Rising Sun: The Political Roots of American Economic Decline.” Mr. Dietrich also wrote a series of short, historical accounts of influential Pennsylvania events and personalities that were published in “Pittsburgh Quarterly Magazine.” A book entitled “Eminent Pittsburghers,” containing a collection of these stories, was published in May 2011 by Taylor Trade. At the time of his death, Mr. Dietrich was working on another book with the working title: “American Recessional: The US Decline and the Rise of China.” His extraordinary combination of business experience, academic expertise and pointed prose made him unusually well qualified to address the complex practical and theoretical issues he tackled in his writings and which he discussed passionately with all who were interested. 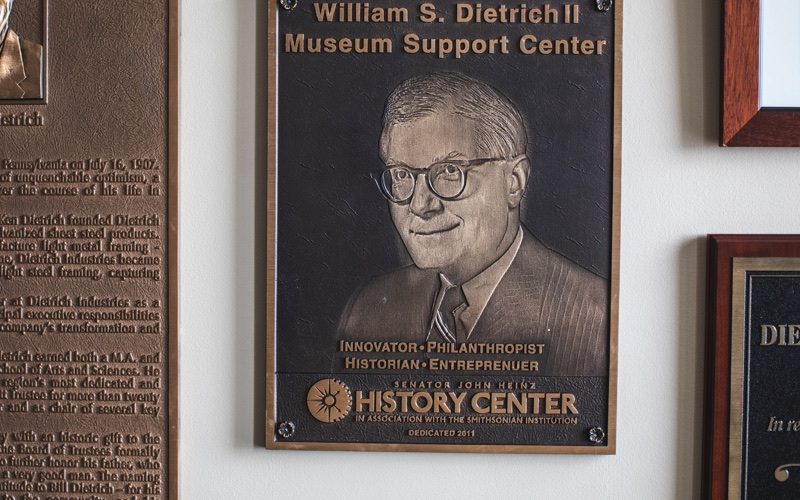 Committed to His Community

A Visionary Philanthropist and Investor

A student of famous Western Pennsylvania industrialists, Mr. Dietrich was greatly influenced by Andrew Carnegie’s 1889 essay, “The Gospel of Wealth,” which argued that the wealthy possessed a duty to devote their talents and resources to the common good. As Carnegie wrote, “The man who dies thus rich dies disgraced.” Shortly before Dietrich Industries, Inc., was to be sold, Mr. Dietrich elected to donate his stock to a charitable trust (aka, The Dietrich Charitable Trusts), which ultimately received approximately $170 million upon the sale of the business in 1996. Mr. Dietrich’s charitable vision was clear and well-documented: he desired to support select institutions of higher education and certain cultural and civic organizations in perpetuity, primarily in Western Pennsylvania.

Determined to grow the Trusts’ assets during a “second career” as an institutional investor, Mr. Dietrich made full use of strategic advantages (e.g., streamlined governance and low liquidity needs) to aggressively develop a thematic, global investment program focused largely on growing innovation and long-term consumption trends in emerging markets. With memorable charm and unrelenting salesmanship, Mr. Dietrich routinely convinced premier private equity managers around the globe – who were routinely oversubscribed – to “find a little room” for his charitable mission. Understanding that private equity was a relationship business, he developed an enduring network of global investors with whom to trade ideas. While investing the Trusts’ assets for almost two decades, Mr. Dietrich served on the investment committees of multiple non-profit organizations in Pittsburgh. In so doing, he fostered a collaborative community of forward-thinking endowment and foundation investors representing over $15 billion of assets – a community that remains strong today.

Mr. Dietrich died of complications from cancer in October 2011 at the age of 73. Per his wishes, the Dietrich Foundation was funded with the assets of the Trusts and launched its operations in January 2013, with Edward J. Grefenstette appointed as its inaugural President and Chief Investment Officer. The Dietrich Foundation is a Pennsylvania charitable trust organized and operated as a “Type I” charitable supporting organization under Sections 501(c)(3) and 509(a)(3) of the Internal Revenue Code